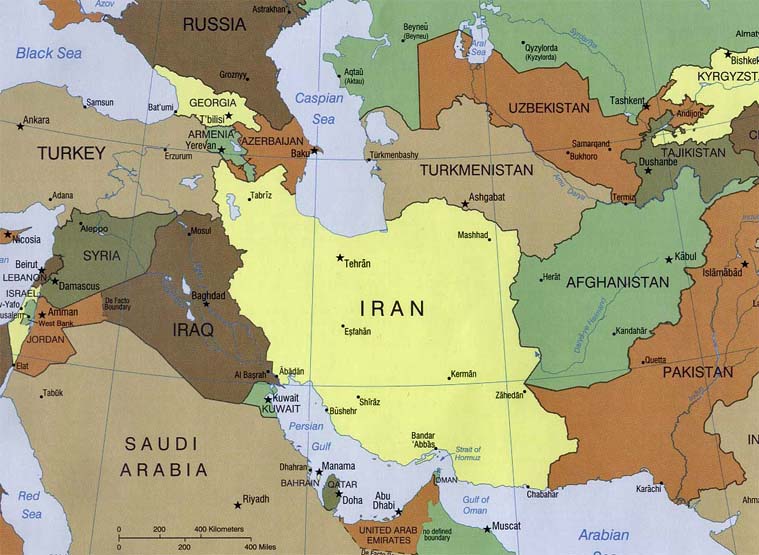 President Trump’s decision to abandon the nuclear deal with Iran is a serious and extremely dangerous violation of the international order. It denies Iran the main justification for abandoning its nuclear program; multilateral protection against American aggression.

In addition, under the reformist leadership of Hassan Rohani, Iran agreed to suspend its nuclear program, despite opposition from Iran’s right-wingers, backed by the revolutionary guard movement, in exchange for the end of international sanctions against it. That alone was a powerful domestic argument in favor of the ideal, powerfully reinforced by popular awareness of the consequent decrease in the likelihood of an American attack.

After all, in this century alone, the United States has invaded two of Iran’s neighbors; Iraq, to its West and Afghanistan to the East. Before that, the country had been invaded by Iraq in an eight-year-long war that claimed about one million lives. Westerners, hypnotised by the war on terror, have forgotten the terror of real warfare in which hundreds of thousands of people die. That is not the case in the Middle East where war is an ever-present reality.

Iran’s willingness to endow itself with nuclear weapons was strategically justified, first and foremost by the need to deter an American invasion. Yet a nuclear Iran would have been a blow to the Nuclear Non-Proliferation Treaty, and would have pushed others – Saudi Arabia, at least – to follow the same path.

Concern over Iran’s nuclear program was also compounded by Iran’s growing influence and military activism throughout the region. The American invasion of Iraq and the fall of Saddam Hussein in 2003 had greatly increased Tehran’s influence there: Iraq is now in the hands of pro-Iranian Shi’ist political forces and Iranian support was critical for the reconquest of Mosul from Daesh; Iranian military intervention has been instrumental in keeping Bashar Assad in power in Damascus; In Lebanon, Hezbollah, Iran’s ally and the great winner in the recent elections, has its own army and has also intervened in Syria; and in Yemen, the Houthi rebels enjoy Tehran’s support.
Had Iran had nuclear weapons too, it would have felt that its territory had been secured and “sanctified”, thus facilitating its regional ambitions. After all, North Korea has been able to bring the United States to the negotiating table by becoming a nuclear power and that success facilitates the argument of those in Iran who wish to scrap the nuclear deal. At the same time, the decision of the United States to abandon the deal undermines the credibility of future agreements signed by it, including an eventual deal with North Korea.

All these considerations underline the critical importance of the Joint Comprehensive Plan of Action (JCPOA) signed with Iran to stop its nuclear program in 2015, Furthermore, according to the president’s own intelligence services, Iran had been fully in compliance with the nuclear deal it brought about.

So what justifies Mr Trump’s decision? The simple answer is that the White House is occupied by a dangerous adventurer, who does not believe in multilateral agreements and looks at Iran as part of the “axis of evil”. He views Iran through the same lens as his National Security Adviser, John Bolton, who advocates changing the Iran regime by force. The president’s Islamophobia also weighed on the decision. And then, too, the deal had been the greatest foreign policy achievement of Mr Trump’s predecessor as president, Barak Obama and that alone was an excellent reason to kill it.

President Trump also resonates to the only two allies he has left- Binyamin Netanyahu and the Sunni fundamentalist power, Saudi Arabia. They both would like to see America embark on a military adventure against Iran. Israeli attacks on Iranian positions in Syria on the eve of the decision to rescind the deal, were provocations to which Iran did respond. For the Iranians, it was a question of not giving arguments to Trump to break the agreement; now, that no longer applies and the likelihood of an Israeli – Iranian war in Syria has significantly increased.

I believe, however, that what drives Mr Trump is, first of all, his domestic support-base. It is his fear of not being re-elected and seeing the Republicans lose their Congressional majority in the mid-term elections next November, with the consequence, for him, of possible impeachment – and all American presidents know that war focuses popular support on the White House.

What can Europeans do? Very little, yet also a lot. Little because their ability to convince Mr Trump to change his mind is almost zero, as we have seen in the failure of France, Germany and the United Kingdom – all signatories to the JCOPA – to do so. President Macron of France must have learned by now that Mr Trump’s mind is not changed just by an embrace!

But they can also do a lot – convincing Iran that it is worth keeping the treaty in being, even without the United States. It is not easy because they can offer no guarantees of Iran’s security, but they can work on the other part of the agreement vital to Tehran, its economic wellbeing To do this, they will have to stand together to resist the American president’s threats against European companies. To this endeavor, the position of the United Kingdom is crucial, so the unequivocal condemnation of Teresa May’s government of the American decision is good news. Moreover, it is crucial that Europeans do not forget that they have many allies in America. They must reach out to them, for the mid–term elections will favor the anti-war camp.

Indeed, the unity of Europe, including the United Kingdom, has never been so important. After all, in the invasion of Iraq in 2003, a united Europe would have stalled George Bush, but Tony Blair betrayed Europe then. Today, in the face of Donald Trump’s brutal nationalism, nothing is certain. It is up to Europeans to demonstrate that they can defend multilateral order and peace, even if that means risking a hiccup in transatlantic ties.